A hotly anticipated featherweight title eliminator is being lined up for a late summer main event.

As reported by Sherdog, current #3 ranked contender Zabit Magomedsharipov is slated to take on the #5 ranked Yair Rodriguez in the headline act of an August 29th UFC event per Magomedsharipov’s manager, Rivzan Magomedov.

“They are working on this fight,” Magomedov said to Russian outlet Tass. “They proposed Rodriguez to us because [Max] Holloway and [Alexander] Volkanovski will have a second fight. Therefore, we will fight with Yair. It will be a contender fight: Both fighters are on a good winning streak; the winner will fight for the title.”

The two 145 lbs fighters had been scheduled to fight UFC 228 in September 2018 before an injury suffered by Rodriguez forced the Mexican fighter to withdraw from the bout.

Magomedsharipov (18-1) is currently on a 14-fight winning streak, including his six bouts under the UFC banner. The 29-year old Dagestanian last competed in November 2019 where he defeated Calvin Kattar via unanimous decision in a three-round main event. 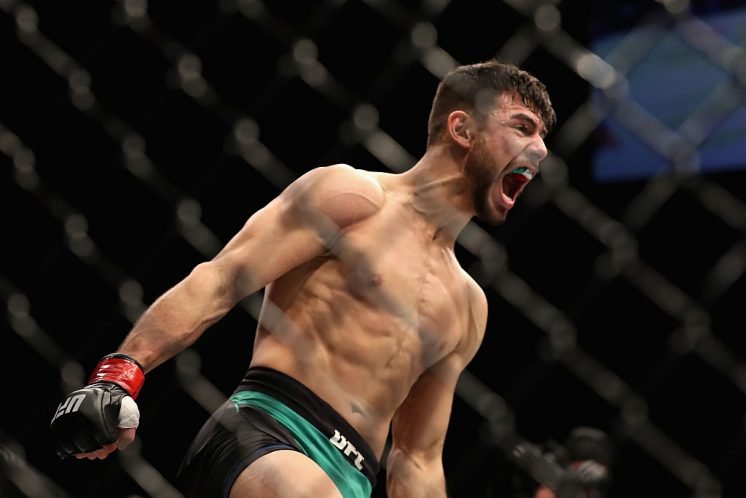 Rodriguez (13-2, 1 NC) meanwhile is on a three-fight unbeaten run including a 15-second no contest against Jeremy Stephens following an incidental eye-poke. Since losing his first UFC bout to Frankie Edgar in May 2017, Rodriguez would go on to defeat Chan Sung Jung with a last-second spectacular KO before back-to-back bouts against Stephens, most recently defeating ‘Lil Heathen’ via unanimous decision in October 2019.