Max Rohskopf (5-0) is arguably the most anticipated prospect outside the UFC. Come Saturday, June 20th, that’s about to change because he makes his octagon debut on short notice at UFC Vegas 3. The 2016 ACC champion wrestler from the Wolfpack of North Carolina State steps into Joe Solecki’s spot on the ESPN prelims facing Austin “Thud” Hubbard (11-4).

A torn labrum ended Max Rohskopf’s college career on the mats early, however, he hastily turned to MMA while still hitting the books. The 155 lber took up BJJ under Robert Drysdale and culminated his striking with talented training partners at Xtreme Couture.

Max grew up in Killbuck, Ohio in an unfortunately troubled household. He was fathered until around 12 by an abusive, alcoholic father. His mother gained custody and the results show he’s only used the adversity to positively affect his life and the people around him.

After facing more affliction in 2016 with the injury, Max took it in the best way possible and gleaned potential in MMA. With a fantastic head on his shoulders, Rohskopf used his standout wrestling to develop his striking and fight IQ. In just four years, it’s evident how great of a striker he can become, using takedown feints to surprise opponents with power punches (knockdown of Omar Hussein a great example).

The unblemished prospect looks poised to break into the lightweight division in a superstar way. Max Rohskopf puts his undefeated record on the line at UFC Vegas 3 in the first bout of the night, Chad Ochocinco get your popcorn ready early! 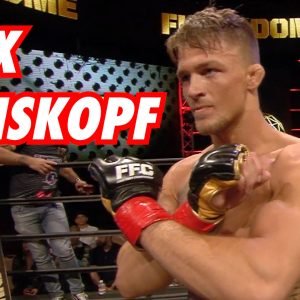 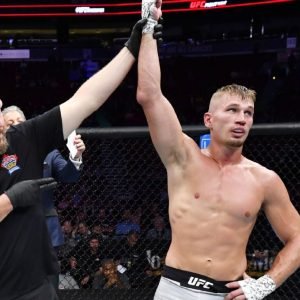