A high-ranking featherweight bout has been pencilled in by the UFC at an event to be decided.

As confirmed by MMADNA following an initial report by ESPN’s Ariel Helwani, the current #8 ranked Josh Emmett will square off against the #10 ranked Shane Burgos at UFC Fight Night 178 at a venue and time TBD.

Emmett (15-2) is currently on a two-fight winning streak having defeated both Mirsad Bektic and Michael Johnson via KO/TKO. Emmett’s climb through the UFC’s 145 lbs was held up for over a year however after sustaining serious facial injuries in a KO loss to Jeremy Stephens in 2018. 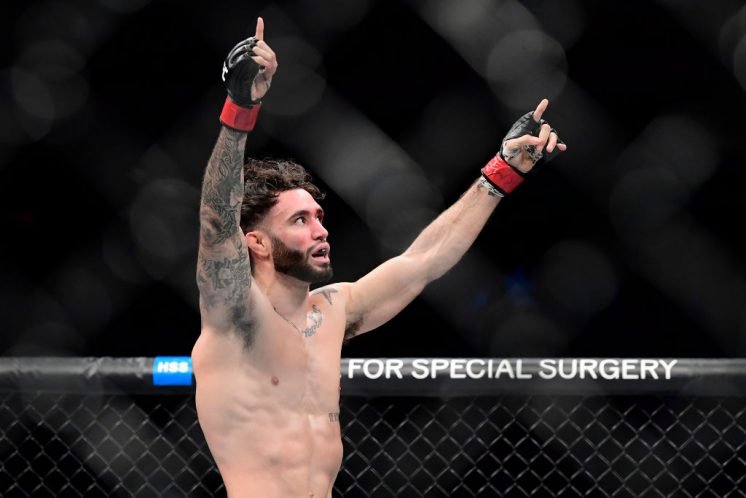 Burgos (13-1) meanwhile will enter the proposed fight on a three-fight winning streak having rebounded from his first professional loss to Calvin Kattar in January 2018. Burgos last competed in the octagon at UFC 244 where he defeated fellow prospect Makwan Amirkhani via third-round TKO.