A clash at the top of the bantamweight division between two top-five contenders Aljamain Sterling and Cody Sandhagen is in the pipeline for the UFC’s return to San Diego on May 16.

Sandhagen (12-1) would enter the prospect fight with a perfect 5-0 record inside the UFC with wins over Raphael Assuncao and John Lineker coming in his two most recent outings inside the Octagon. 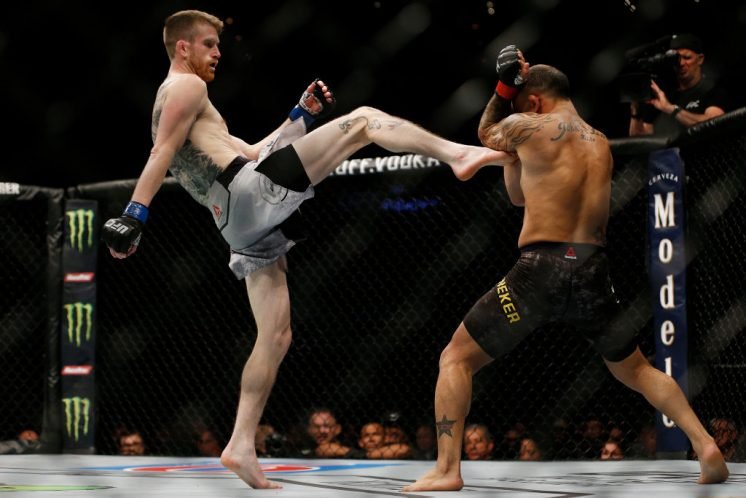 The “Funk Master” Aljamain Sterling (18-3) is riding the wave of a four-fight win streak coming into the fight. However, the New York native’s momentum has hit a roadblock in the last calendar year with Sterling having to undergo wrist surgery off the back of his impressive unanimous decision win last June at UFC 238 over fellow bantamweight contender Pedro Munhoz.

If the fight comes to fruition for the UFC’s return to San Diego, the bantamweights would join the headlining act of former UFC interim lightweight champion Dustin Poirier and Dan Hooker who is fresh off an all-action win over Paul Felder at UFC Auckland in late February earlier this year.