Tyron Woodley vs. Leon Edwards has fallen to the wayside due to the ongoing coronavirus pandemic.

The welterweight contenders were scheduled to face off in the main event at this upcoming weekends UFC London card – an event which has now been canned and is in the process of a possible relocation.

The main event between the two was expected to be a straight shootout for the #1 contender’s spot at the top of the division with Edwards looking to build upon his eight-fight win streak while former champion Tyron Woodley was making his first return to the Octagon since dropping his belt a little over 12 months ago to Kamaru Usman at UFC 235. 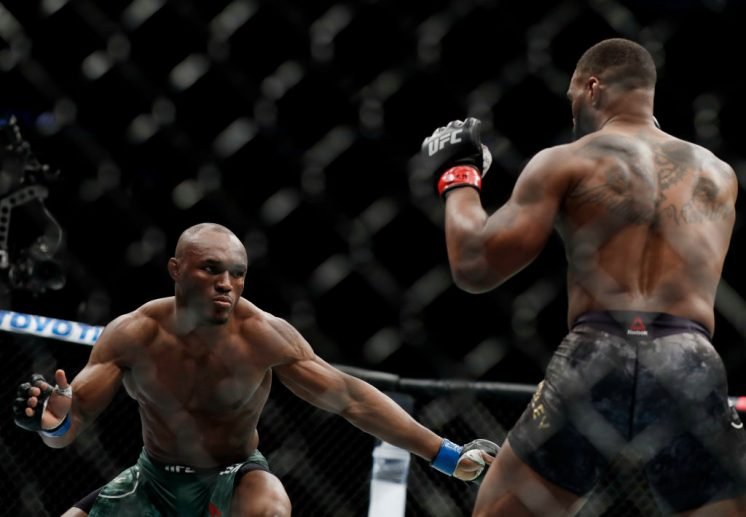 Edwards announced the decision to withdraw from the bout on social media on Sunday describing the decision as “truly heartbreaking.”

Numerous fights touted for the UFC’s show in London have also been canceled amidst the global pandemic of COVID-19. The UFC however is determined to ensure fights go ahead with California and Alabama being touted as potential venues but nothing is certain of yet.

It is still unclear on Tyron Woodley’s involvement in a potential bout for UFC Fight Night 171 over the weekend with potential names such as former UFC interim welterweight champion Colby Covington as well as Gilbert Burns who is fresh off a first-round KO victory over Demian Maia at this weekend UFC Brasilia all throwing their names into the hat.

Twitter: Word on the street is @LeonScott is out. The @ufc and America need a hero. Who wants see America’s Champ put the… https://t.co/DZK8F5u5EL (@ColbyCovMMA)

ESPN’s Ariel Helwani has also reported that former lightweight king Rafael Dos Anjos would be able to make the welterweight limit and step up on six days’ notice.

Twitter: Rafael dos Anjos has told the UFC that he is ready and willing to fight Tyron Woodley on 6 days notice, per sources… https://t.co/iBwzSOsNq2 (@arielhelwani)