Two rising stars of the lightweight division are set to square off come May.

As first reported by MMAJunkie, current #11 ranked lightweight contender Diego Ferreira has verbally agreed to a bout with Drew Dober at UFC Fight Fight Night 174 on May 2nd in Oklahoma City, Oklahoma.

Ferreira (17-2) is currently on a six-fight winning streak dating back to January 2016. After suffering a KO loss to Dustin Poirier in April 2015, the Brazilian has quickly ascended the rankings at 155 lbs following a two-year lay-off from injury. After a forced break from competition in the wake of a unanimous decision win over Olivier Aubin-Mercier, Ferreira has defeated Jared Gordon, Kyle Nelson, Rustam Khabilov, Mairbek Taisumov and most recently former champion Anthony Pettis. 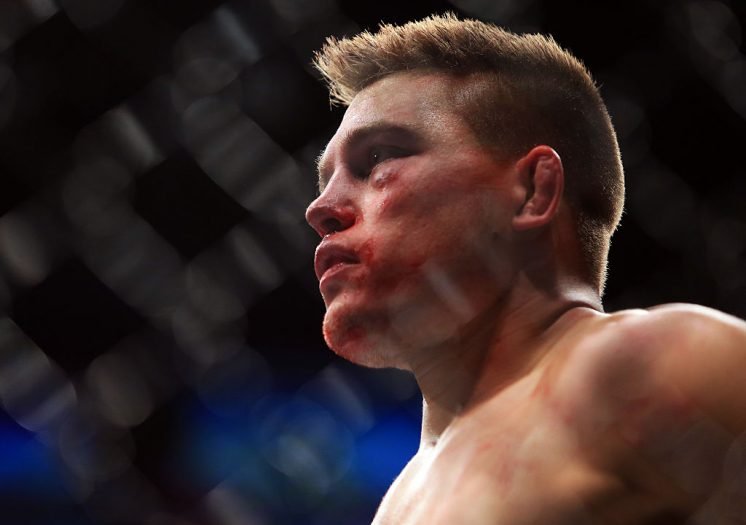 Dober (22-9, 1 NC) meanwhile has won five of his last six inside of the Octagon, three of which coming via stoppage. Dober’s recent run would start in 2017 with a KO win over Josh Burkman before a successful one-fight stop at the welterweight limit against Frank Camacho. The 31-year old would return to 155 lbs from then on with a unanimous decision win over Jon Tuck but Beneil Dariush would interrupt his winning ways in his next outing. Dober has since defeated Marco Polo Reyes and Nasrat Haqparast via first-round TKO’s.