Austin Lingo (7-0) looks for a 6th first-frame “Lights Out” finish in his UFC 247 debut! The nickname tells you all you need to know, Lingo appears to have superpowers in the cage as he just touches opponents and they fall. He has four stoppages inside one minute, two of which by submission.

Lingo started MMA in Dallas, Texas with Fortis MMA. When he joined before 2016, the Lone Star MMA gym was receiving no acclaim. Now in 2020, coach Sayif Saud has developed Geoff Neal and Diego Ferreira into top contenders, and Lingo looks likely to start the next wave of talented prospects under Saud’s eye.

Lingo’s game centers around nothing being wasted. He wastes no movement in his striking, delivering crisp combinations with precision and doesn’t waste any time pressuring opponents back to the cage and ending them with flurries of strikes. Across professional and amateur MMA, “Lights Out” carries eight first frame finishes in 10 overall victories.

Austin Lingo is only 25 but has already faced a bevy of experienced competition through contending at the top of Southwestern MMA with UFC owned promotion LFA. Lingo is poised to break into the minds of UFC fans in a major way at UFC 247 on Saturday, Feb. 8th. He faces off against Youssef Zalal (7-2) in the first fight of the night, it’s going to be a barnburner folks! 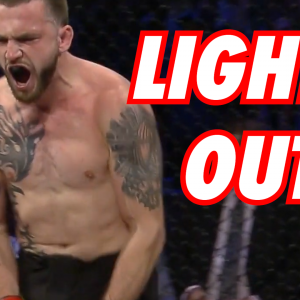 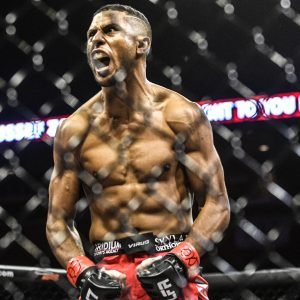