After an injury kiboshed their original date, Jeremy Stephens vs. Calvin Kattar has found a new event.

Confirmed by the UFC on Tuesday, the two hard-hitting featherweights will now meet at UFC 249 in Brooklyn, New York after their original UFC 248 contest was postponed by a Stephens injury.

Kattar (20-4) has gone 2-2 in his last four outings, most recently suffering a unanimous decision loss to Zabit Magomedsharipov in November 2019. Since joining the UFC in 2017, Kattar has won three of his four promotional wins via TKO and is currently ranked #11 thanks to wins over the likes of Shane Burgos and Ricardo Lamas. 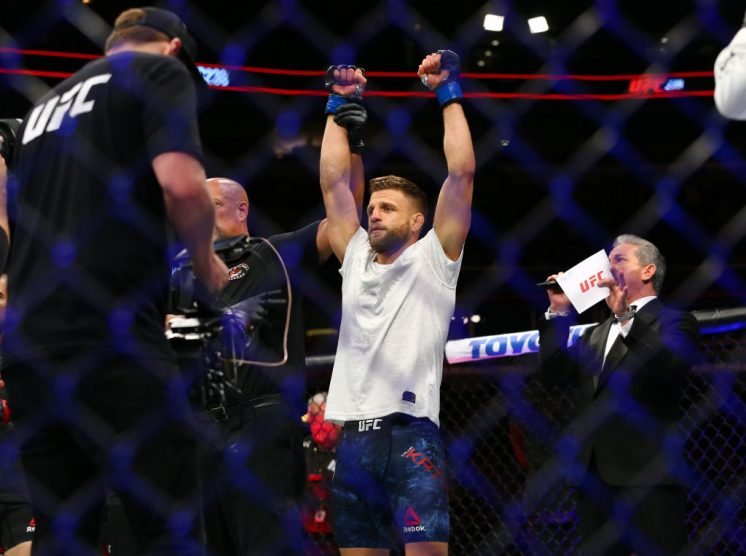 Stephens (28-17, 1 NC) meanwhile has gone without his win in his last four outings, including a 15-second no contest against Yair Rodriguez. After putting together a three-fight winning streak across 2017-18, Stephens has since lost to Jose Aldo, Magomedsharipov and most recently Rodriguez inside of the Octagon. The 33-year old is tied for the second most amount of knockdowns in UFC history and is currently ranked as the #8 145 lbs contender.

UFC 249 is now scheduled to feature: