A women’s bantamweight title eliminator is currently on tap for March per ESPN.

Pitting the current #2 and #4 ranked contenders against one another respectively, Aspen Ladd is set to take on Julianna Pena on March 28th at UFC on ESPN 8.

Ladd (9-1) will enter the Columbus, Ohio event coming off a third-round TKO win over Yana Kunitskaya in December. The 24-year-old has gone 4-1 since joining the UFC in 2017 with her only loss coming against the most recent title challenger in Germaine de Randamie. 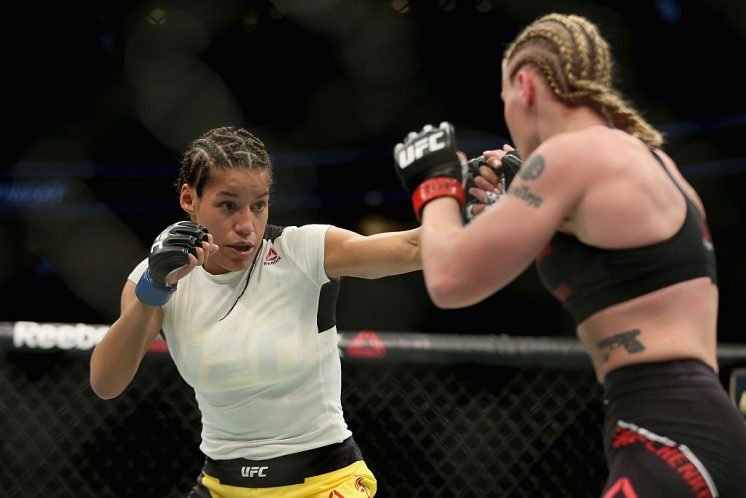 Pena (9-3) meanwhile ended a two-year absence from competition in July 2019 as ‘The Venezuelan Vixen’ earned a unanimous decision against Nicco Montano. Pena had started her UFC career with four straight wins but saw her winning ways ended by current flyweight champion Valentina Shevchenko in 2017, her lone UFC loss.

UFC on ESPN 8 is now slated to feature: