Conor McGregor is set for a return to the Octagon in early 2020 but will do so at the welterweight limit.

Confirmed by UFC president Dana White to ESPN, McGregor will take on Donald ‘Cowboy’ Cerrone at UFC 246 on January 18th after both parties have signed their bout agreements.

McGregor (21-4) has not fought since October 2018 where he suffered a dominant submission loss to Khabib Nurmagomedov in the fourth round of their lightweight title fight. The Irishman, along with Nurmagomedov, would serve a suspension for their part in a post-fight brawl which is conducive of McGregor’s absence from the Octagon.

In March 2019, McGregor was arrested after an altercation in Miami, Florida which alleged ‘The Notorious One’ smashed a man’s phone on the ground. Charges and a lawsuit against McGregor would be later dismissed. More recently, McGregor plead guilty to assault after being caught on video punching a man in a Dublin pub. The 31-year old is also currently under investigation in Ireland for two sexual assault allegations although no charges have been filed.

The first two-weight simultaneous champion in UFC history, McGregor’s last MMA win came in 2016 where he scored a second-round TKO win over Eddie Alvarez to capture the 155 lbs championship. 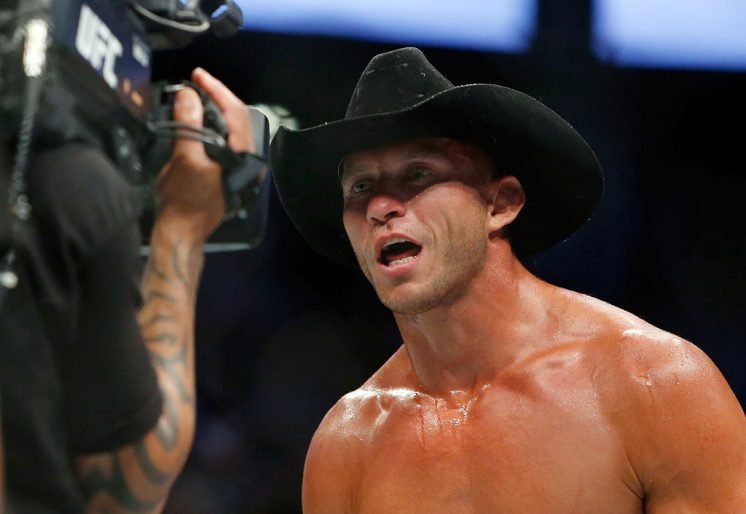 Cerrone (36-13, 1 NC) meanwhile is currently on a two-fight losing streak after back-to-back TKO losses to Tony Ferguson and Justin Gaethje. Cerrone’s fight with McGregor will mark a return to the welterweight limit for ‘Cowboy’ who underwent a 10-fight stint at 170 lbs from 2016 to 2018. The 36-year old currently holds the UFC records for most wins, most finishes, most post-fight bonuses and most knockdowns.

UFC 246, which is scheduled to take in place in Las Vegas, Nevada, is now expected to feature: