The long-awaited and much-pained booking of Khabib Nurmagomedov vs. Tony Ferguson has found yet another new date in the promotion’s calendar.

In what will be the fifth time that the prospective fight has been booked by the UFC – cancelled on two occasions before by both men – UFC president Dana White has revealed to ESPN that April 18th in Brooklyn, New York is the latest date and venue for the potential lightweight title fight.

While the bout has yet to be made official by the promotion, Nurmagomedov’s manager, Ali Abdelaziz, told ESPN that his client’s contract has been signed off on while sources on Ferguson’s end confirmed interest on that particular booking.

Nurmagomedov (28-0) has remained perfect throughout his professional MMA career, including his 12-fight tenure under the UFC banner. ‘The Eagle’ claimed the vacant UFC 155 lbs championship in 2018 with a win over Al Iaquinta and has subsequently defended his title twice with submission wins over Conor McGregor and Dustin Poirier. 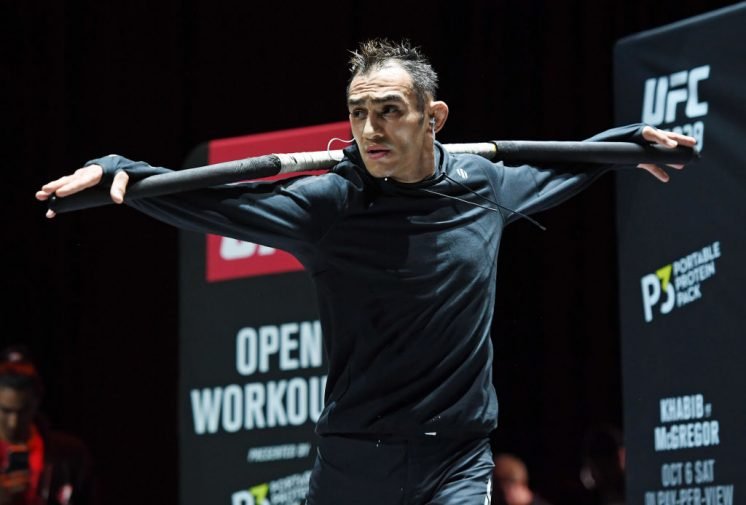 Ferguson (25-3) conversely is also on a 12-fight winning streak in the UFC including an interim title win which was later stripped from ‘El Cucuy’ after an injury. With his last loss coming in 2012 against Michael Johnson, Ferguson has won nine of 12 consecutive wins inside the scheduled distance and holds notable wins over Edson Barboza, Donald Cerrone and former champions Anthony Pettis and Rafael dos Anjos.