After announcing a move up to the heavyweight division, Ilir Latifi looks set to jump straight into the deep end of the weight class.

As first reported by ESPN, Latifi is set to take on the current #5 ranked UFC heavyweight contender Derrick Lewis after both parties agreed to the bout. While the date or venue has yet to be confirmed by the promotion, it is expected that the February 8th event slated to take place in Houston, Texas will be where the fight takes place.

Lewis (22-7, 1 NC) ended a two-fight losing streak in his latest outing after he defeated Blagoy Ivanov via split decision at UFC 244 earlier this month. ‘The Black Beast, who fights out of Houston, Texas, had dropped back-to-back fights prior to Ivanov starting with a failed heavyweight title bid against then-champion Daniel Cormier. Since joining the UFC in 2014, Lewis has gone 13-5 under the promotional banner and holds wins over the likes of fellow top contenders Alexander Volkov and Francis Ngannou. 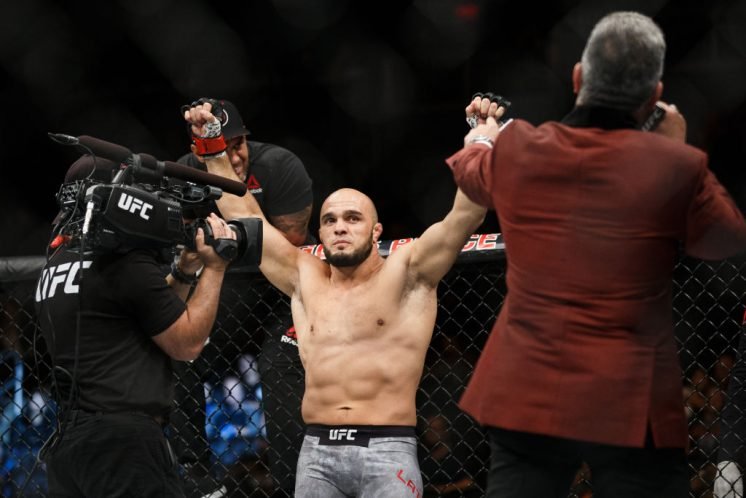 Latifi (14-7, 1 NC) meanwhile will make the move up to the heavyweight division after suffering two successive losses of his own at 205 lbs. ‘The Sledgehammer’ has gone 7-5 since originally joining the UFC as a short-notice replacement in 2013 but the 36-year old’s most recent performances have seen him drop a decision to Corey Anderson before being on the receiving end of a second-round KO to Volkan Oezdemir.