Shane Burgos (12-1) can slide into the top ten at 145 lbs with a big win this Saturday at UFC 244. The current 12th ranked featherweight contender is 5-1 in the UFC but some fight fans might not know the beast born and raised in The Bronx. Here’s a rehash of “Hurricane” Shane’s MMA beginnings!

Shane Burgos got a taste for martial arts from Karate in his adolescence. One step led to another and soon enough Burgos found himself walking into Tiger Schulman’s famed fighting club in New York.

“Hurricane” jumped into the amateur scene back in 2009, reeling off five straight wins, including a win over Bellator’s Ricky Bandejas. Burgos would go on to demolish every opponent on the regional circuit, finding seven consecutive stoppage wins before earning a UFC contract in 2016.

Burgos’ undefeated run would come to an end at the hands of talented boxer Calvin Kattar (20-3) in 2018 but “Hurricane” quickly returned to winning ways, picking up the victory in his next two outings.

Shane Burgos currently holds a 5-1 UFC record and two “Fight of the Night” bonuses. He’s become known for his all-around game, personified by five submission wins and four KO’s, making it tough to form a game plan against him. Shane Burgos returns home to hunt for his 6th UFC win on Saturday, November 2nd as he takes on fellow talented prospect Makwan Amirkhani (15-3) at UFC 244! 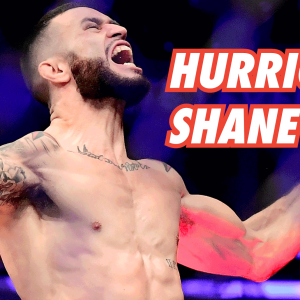 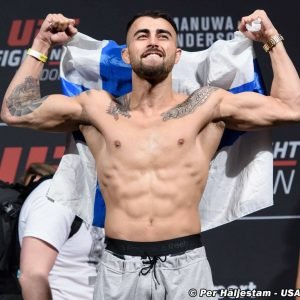