Following an injury to Krzysztof Jotko, middleweight prospect Edmen Shahbazyan will get the chance to fight a top 15 ranked fighter instead.

Reported first by MMAJunkie, the #12 ranked Brad Tavares will step in to fight Shahbazyan at UFC 244 in November after an injury to his own scheduled opponent Ian Heinisch cancelled their bout at UFC Fight Night 162 one week earlier.

Tavares (17-5) saw a four-fight winning streak come to an end in his last outing as the Hawaiian fighter suffered a unanimous decision loss to Israel Adesanya in June 2018, a fight in which the 31-year old would sustain a broken arm. Tavares has gone 4-2 in his last six fights with his losses coming to both the current middleweight and interim middleweight champions Robert Whittaker and Adesanya respectively. 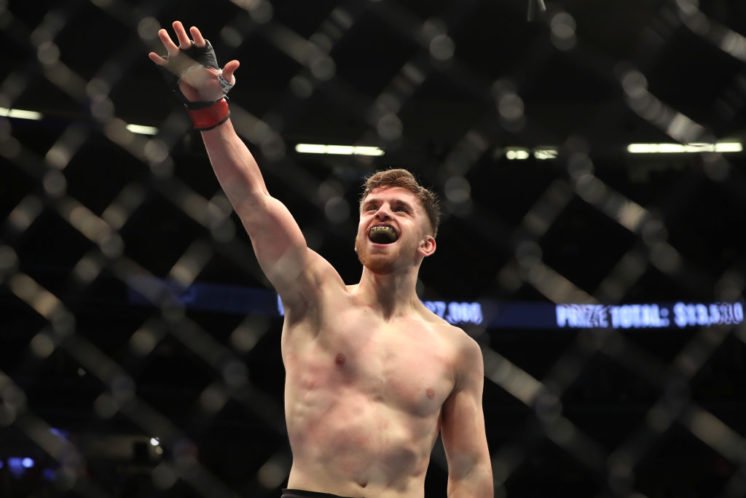 Shahbazyan (10-0) meanwhile has won all three of his UFC bouts since joining the promotion via Dana White’s Tuesday Night Contender Series in 2018. The 21-year old last fought at UFC 239 where he recorded the first submission win of his career against Jack Marshman, his ninth overall stoppage win.

UFC 244 is now scheduled to feature: