With talk circulating around who Jessica Andrade would make her first strawweight title defence against, the UFC has seemingly selected an outside contender.

As first reported by ESPN, the UFC is currently in the process of finalising an August 31st title fight between Andrade and the current #6 ranked contender Weili Zhang in Shenzhen, China.

Andrade (20-6) claimed the UFC’s 115 lbs title at UFC 237 last month with a second-round KO slam against Rose Namajunas. The Brazilian, who is currently on a four-fight winning streak, had been expected to face one of Tatiana Suarez, Michelle Waterson or Namajunas in her first title defence but the selection of Zhang has come out of left field. 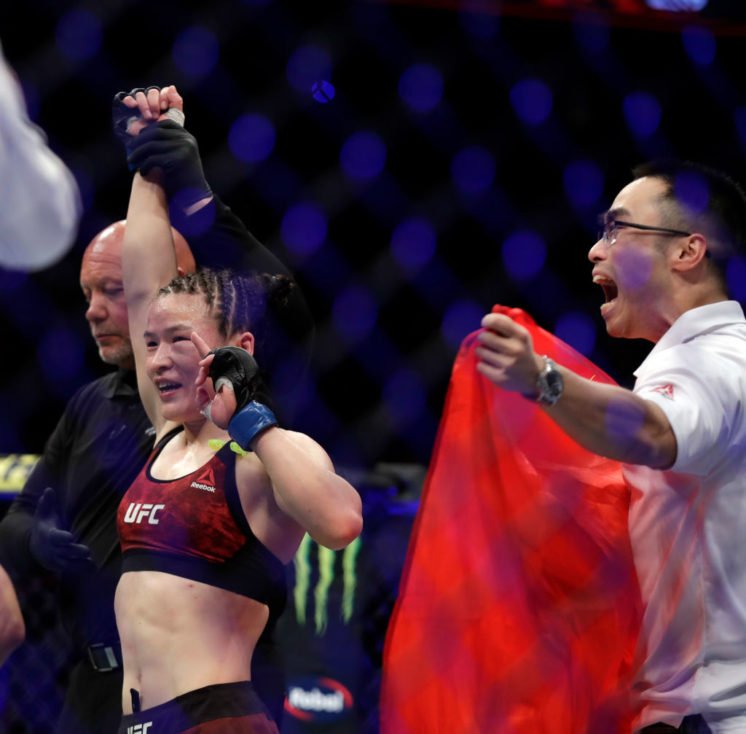 Zhang (19-1) has been undefeated since losing her professional debut in 2013 and has won her first three contests under the UFC banner. The Chinese fighter most recently defeated Tecia Torres at UFC 235 via unanimous decision in March and has successfully won 16 of her 19 wins inside the distance.

The August event is currently slated to be billed as UFC Fight Night 157 and will mark the UFC’s first visit to Shenzhen, China.