Khabib Nurmagomedov’s return to the Octagon has an official date.

Confirmed by the UFC on Tuesday, Khabib Nurmagomedov will face a lightweight unification bout on his return as he takes on interim champion Dustin Poirier in Abu Dhabi at UFC 242 on September 7th.

Nurmagomedov (27-0) has not been seen in the cage since a dominant fourth-round submission win over Conor McGregor in October of last year. Following Nurmagomedov’s victory over his rival, Nurmagomedov would vault the Octagon and spark a post-fight brawl that ultimately saw the UFC’s lightweight champion receive a nine-month suspension that expires on July 6th. The Dagestan-born fighter has remarkably gone unbeaten throughout his MMA career and currently lies #3 on the UFC’s pound-for-pound list. 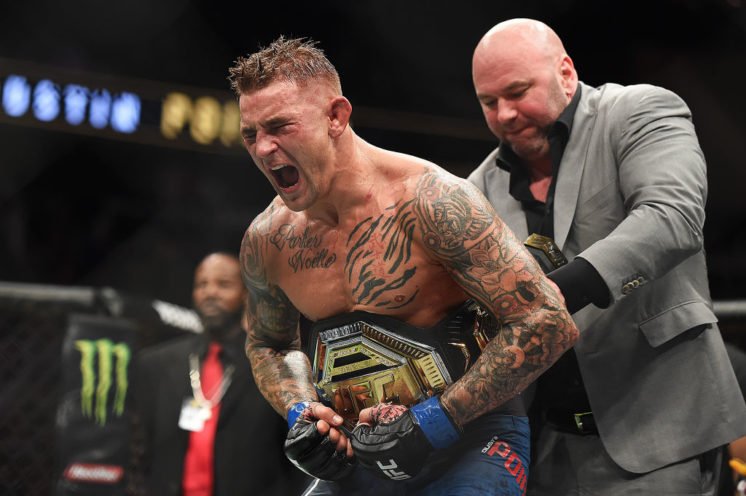 Poirier (25-5, 1 NC) will enter UFC 242 on a six-fight unbeaten streak and as interim lightweight champion following his most recent win over Max Holloway at UFC 236. ‘The Diamond’s’ current run of wins is one of the most impressive in MMA history as the 30-year old has finished former world champions Anthony Pettis, Justin Gaethje and Eddie Alvarez before his unanimous decision win over current featherweight champion Max Holloway. Poirier is also currently ranked #8 in the promotion’s pound-for-pound rankings.

UFC 242 is now scheduled to feature: