Two of the lightweight division’s rangiest fighters have been officially confirmed to fight at UFC on ESPN 4.

First reported by The New Zealand Herald, the current #15 ranked James Vick will fight in his home state of Texas when he takes on Dan Hooker on July 20th.

Vick (13-3) is currently on a two skid at 155 lbs after suffering losses to Justin Gaethje and Paul Felder. Prior to his current two-fight losing streak, ‘The Texecutioner’ had gone 9-1 in his first 10 fights under the UFC banner and holds notable wins over the likes of Joseph Duffy and Francisco Trinaldo. 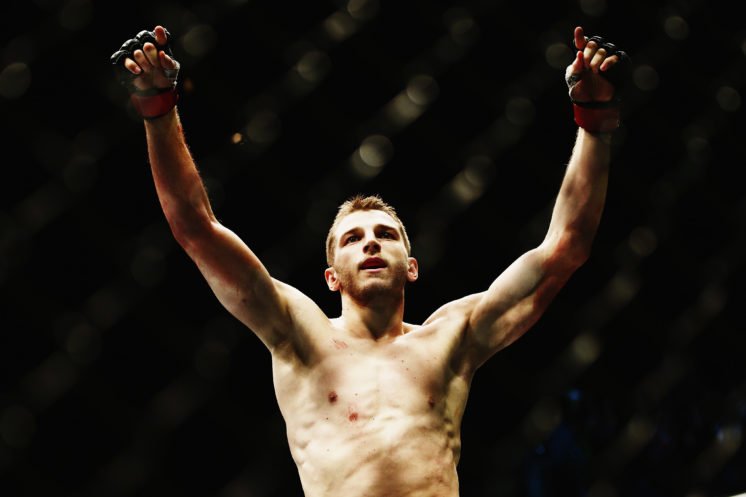 Hooker (17-8) meanwhile saw a four-fight winning streak come to an end in his last outing as he suffered a third-round KO loss to Edson Barboza in December 2018. The New Zealander moved up to the lightweight division in 2017 after alternating wins and losses in six fights at the featherweight limit and with his change in weight class, Hooker would go on to finish Ross Pearson, Marc Diaskiese, Jim Miller and Gilbert Burns inside the distance.

With the addition of the lightweight contest, UFC on ESPN 4 is now scheduled to feature: