With the UFC set for a return to Sacramento in July, another Team Alpha Male product is slated to fight with home advantage.

As first reported by FloCombat, featherweight contenders Josh Emmett and Mirsad Bektic are close to making a bout official for the July 13th card after both parties verbally agreed to the contest.

Emmett (14-2), a Team Alpha Male fighter, will head into the bout coming off of a knockout of the year contender on Michael Johnson in March. Emmett had been out of action for a year prior to his fight with Johnson after suffering facial injuries as a result of a brutal KO loss to Jeremy Stephens. Emmett is currently ranked as the #8 contender at 145 lbs. 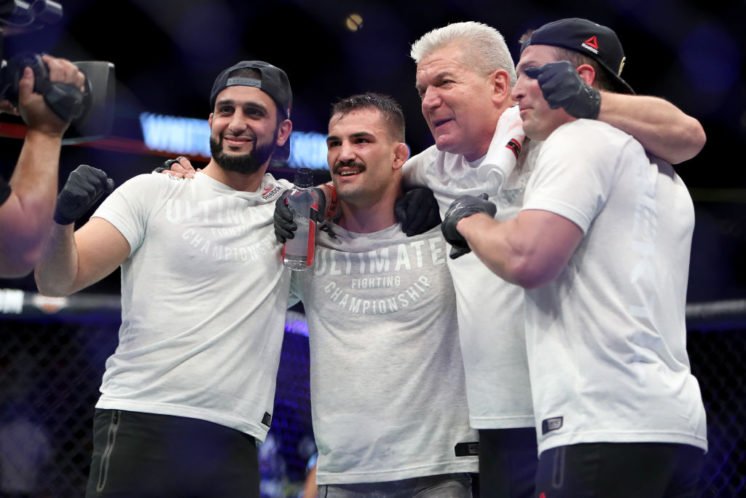 Bektic (13-1) meanwhile is on a two-fight winning streak after dropping his first professional career loss to Darren Elkins in 2017. The Bosnian-American has defeated Godofredo Pepey and Ricardo Lamas in back-to-back fights and currently sits one place below Emmett in the rankings at #9.