With the UFC set for their first return to Sacramento, California in over two years, the promotion has announced seven bouts for the July 13th event.

Confirmed with The Sacramento Bee, UFC Fight Night 155 will feature bouts like Cynthia Calvillo vs. Livia Renata Souza and Darren Elkins vs. Ryan Hall although no main event has been officially announced.

Calvillo (8-1) is currently on a two-fight winning streak in the strawweight division and is currently ranked #11 after defeating Cortney Casey in February while Souza (13-1) meanwhile is unbeaten in her last four, including her 2-0 record since joining the UFC in September of last year. 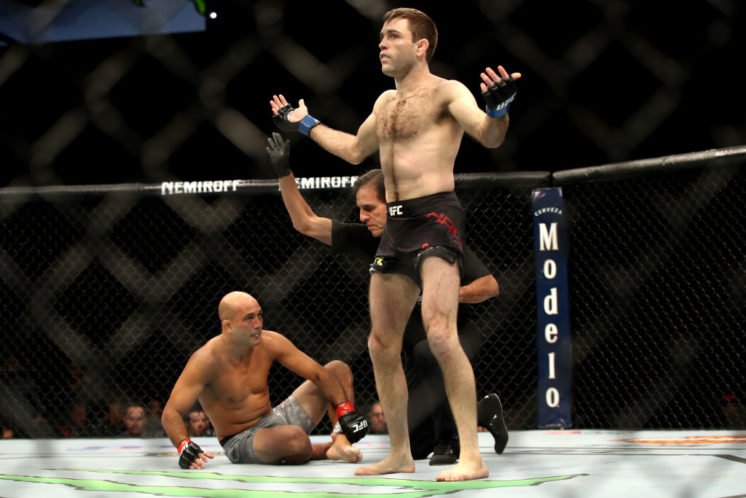 Hall (7-1) is now set for his fastest turnaround since signing with the UFC in 2016 as he looks to build upon his submission win over BJ Penn in December – the first and only submission loss of Penn’s career. Elkins (24-7) is currently ranked as the #14 contender in the featherweight division after losing his last two to Alexander Volkanovski and Ricardo Lamas.

In addition to the strawweight and featherweight bouts, UFC Fight Night 155 will feature the returns of both former flyweight champion Nicco Montano (4-2) and Olympic wrestling silver medalist Sara McMann (11-5) as they face off against one another; two middleweight bouts in Karl Roberson (7-2) vs. John Phillips (21-9, 1 NC) and Marvin Vettori (12-4-1) vs. Cezar Ferreira (13-7), a lightweight clash between Beneil Dariush (16-4-1) and Drakkar Klose (10-1-1) and Benito Lopez (9-1) vs. Martin Day (9-3) at the bantamweight limit.