Despite Alexander Volkanovski defeating the #1 ranked contender in Jose Aldo this past Saturday, Frankie Edgar is seemingly set for the next shot at the featherweight champion Max Holloway.

As reported by ESPN citing multiple sources, the UFC is close to finalising a deal for Max Holloway to defend his 145 lbs title against Frankie Edgar in the main event of UFC 240 on July 27 in Edmonton, Canada.

Holloway (20-4) most recently fought at UFC 236 where the Hawaiian attempted to become a two-weight champion as he fought Dustin Poirier for an interim lightweight title. ‘Blessed’ would go on to lose to Poirier via unanimous decision, bringing an end to a 13-fight winning streak dating back to 2013. 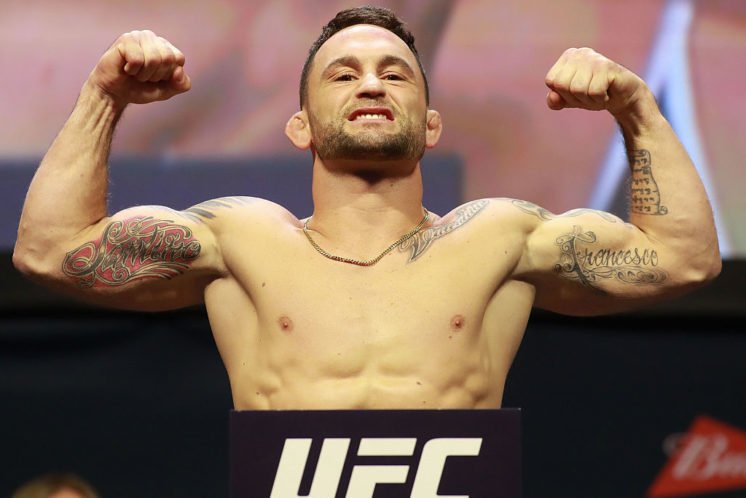 Edgar (23-6-1) meanwhile has yet to fight since a unanimous decision win over Cub Swanson in April of last year. The former lightweight champion has gone 3-1 in his last four fights with his lone loss coming against Brian Ortega – the first stoppage loss of Edgar’s career.

Holloway and Edgar have previously been booked to fight each other on two earlier occasions but both fights fell apart after injuries sustained to each in 2017 and 2018.