Approaching a three-year absence from competition, Nate Diaz looks poised for a return to the Octagon.

As first reported by ESPN, the UFC is trying to finalise a deal for a Diaz return against Anthony Pettis after both parties have verbally agreed to the bout. The proposed fight is currently scheduled to take place at UFC 241 on August 17th in California.

Diaz (19-11) has not competed since 2016 where he suffered a majority decision loss to Conor McGregor at UFC 202. Diaz has since been scheduled to compete by the UFC but has had bouts fall through, most notably a fight with Dustin Poirier last November. 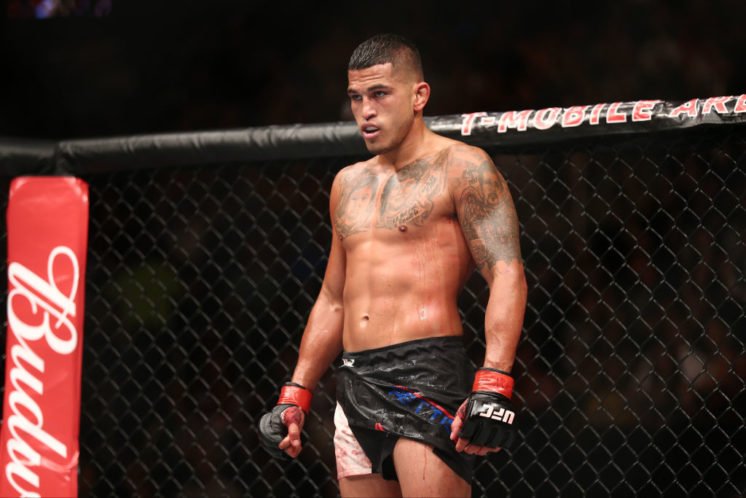 Pettis (22-8) meanwhile has fought seven times since Diaz was last seen in an Octagon and most recently scored a huge upset in his welterweight debut after knocking out former title challenger Stephen Thompson in March of this year.

UFC 241 is now currently slated to be headlined by a UFC heavyweight title fight between Daniel Cormier and Stipe Miocic and will also feature a high-ranking middleweight clash between Yoel Romero and Paulo Costa.