Less than a week after defeating Al Iaquinta in a five-round fight, Donald Cerrone has his next fight booked for a months time against a returning former interim lightweight champion.

As first reported by Brett Okamoto of ESPN, Cerrone is set to take on Tony Ferguson at UFC 238 on June 8th in Chicago. While the bout has yet to be made official, it is expected that contracts will be officially signed in the coming days.

Ferguson (24-3) has not competed in the Octagon since UFC 229 last year where he defeated Anthony Pettis via TKO to extend his current winning streak to 11 – the longest in the history of the UFC’s lightweight division. ‘El Cucuy’s’ absence since his last fight has been prolonged due to injury and ‘personal issues’, the latter of which forced Ferguson to turn down an interim title fight with Max Holloway in April. The 35-year old however has since had meetings with the UFC earlier this week to discuss a new deal and his return to competition. 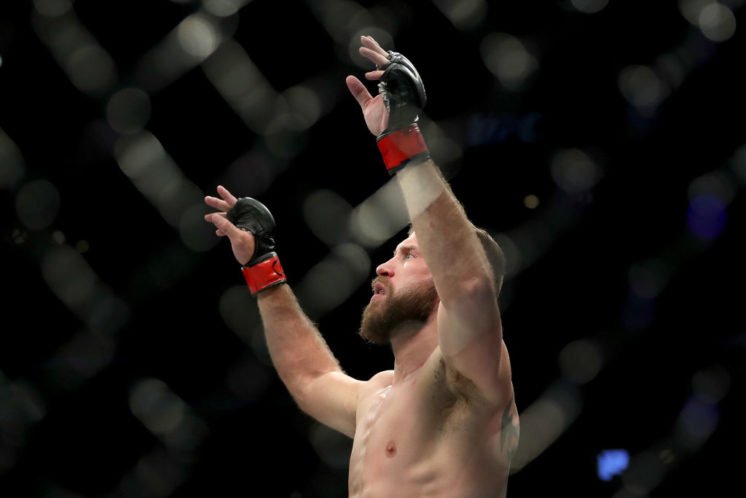 Cerrone (36-11) meanwhile will continue his legendary levels of activity up as he looks to add to his promotional record for wins (23) and stoppages (16). ‘Cowboy’ is currently on a two-fight winning streak since moving back down to the lightweight division and defeated Al Iaquinta via unanimous decision last weekend.

With Ferguson vs. Cerrone now slated for UFC 238, the PPV event is currently scheduled to feature: